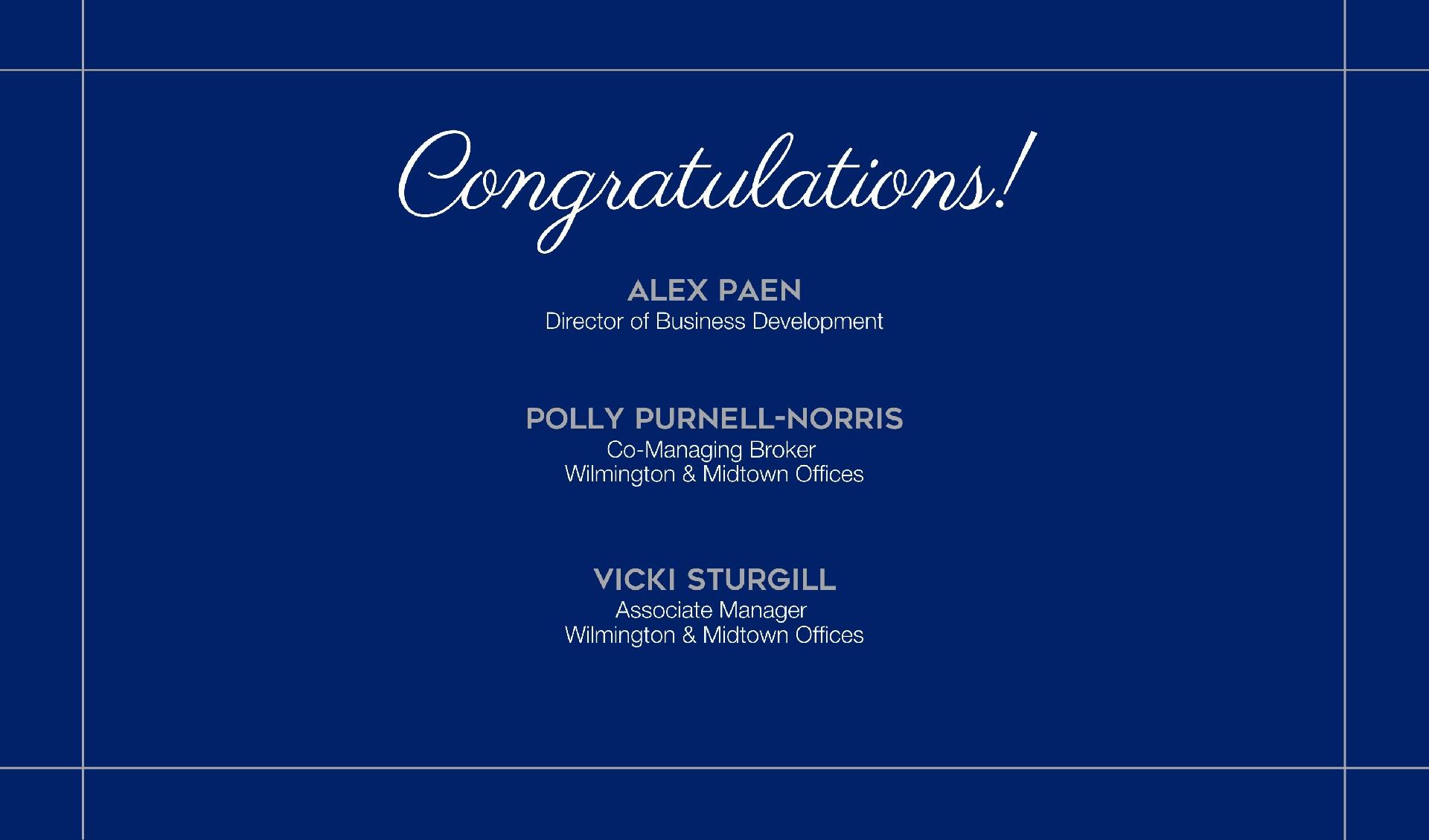 Congratulations on Your Accomplishments!


Coldwell Banker Sea Coast Advantage is excited to announce that we are expanding our operations and adding new positions to our leadership team.

Congratulations on your accomplishments!

Alex Paen has been promoted to Director of Business Development. Alex started with Sea Coast Advantage in 2001 as an agent and he quickly built a team that did over $19.7 million in volume. In 2011, Alex became Broker in Charge of our Wilmington office and became a co-managing broker for our company. In his new role, Alex will be focusing on business development for agents as well as the company. He will be working alongside the managing brokers of all of our offices and will remain involved with the agents on a daily basis.

Vicki Sturgill has been hired as the Associate Manager for the Wilmington – Autumn Hall and Midtown offices. Vicki joined Sea Coast Advantage in 2012 as a provisional broker in our Southport office. She has been a consistent top producer as both an individual agent and as a member of a team. Vicki’s role will primarily be as a New Agent Liaison but she will also provide support to experienced agents and to the Co-Managers in their day-to-day activities.