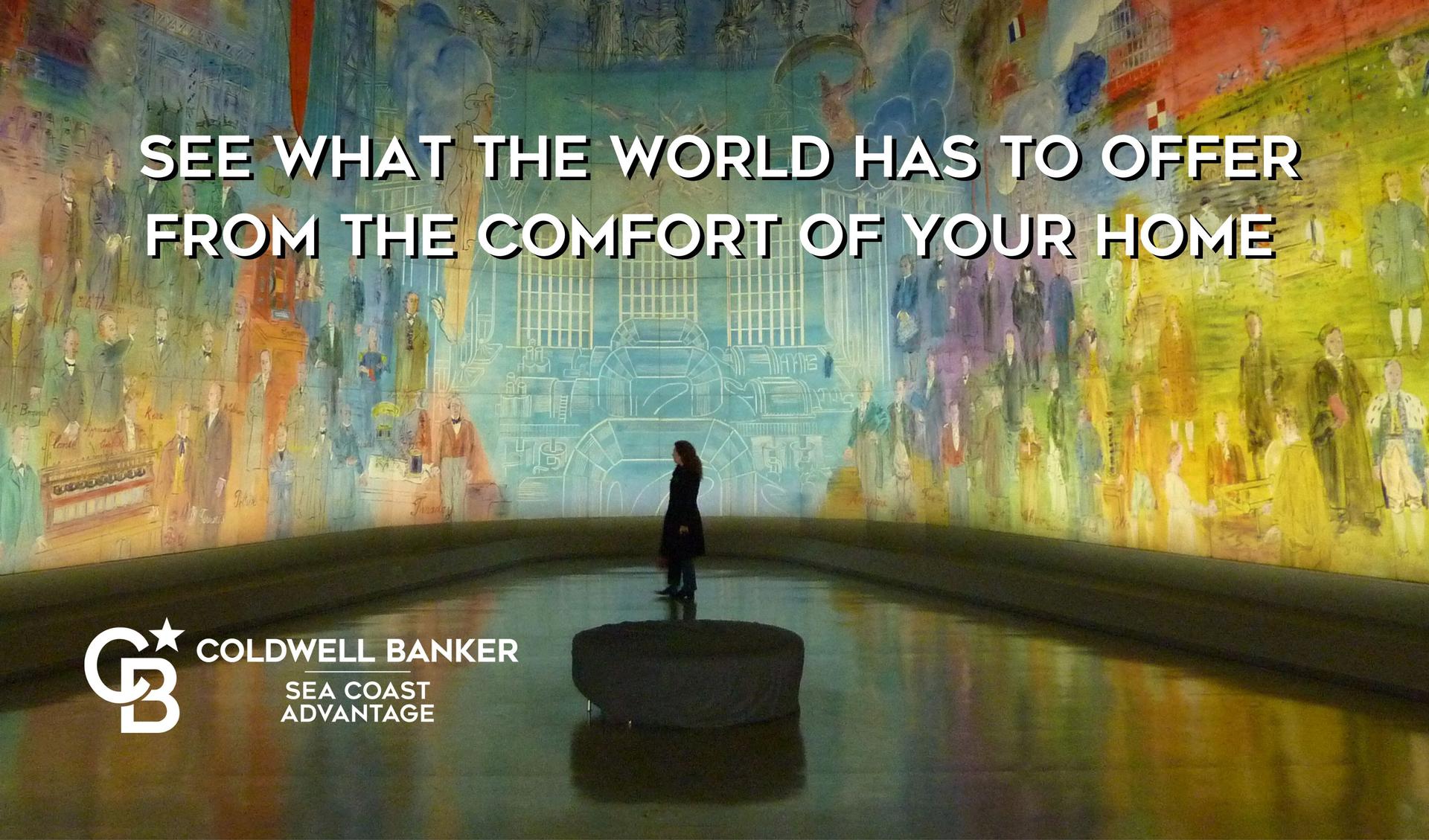 All over the world concerts, tours, and vacations have been cancelled, leaving many of us with a lot less to do in our free time

We have compiled a list exciting and educational diversions we can enjoy as we all get through this together!

All over the world concerts, tours, and vacations have been cancelled, leaving many of us with a lot less to do in our free time. We have compiled a list of exciting and educational diversions we can enjoy as we all get through this together!

Tour homes for sale! Despite these unprecedented world events, homes continue to hit the market every day and you can view them all at SeaCoastRealty.com. You can even live chat with a representative from the comfort and safety of your home!

Travel to Paris via virtual tours of the Louvre, the world’s largest art museum.

Enjoy over 1,700 artworks by more than 625 artists via the Guggenheim Museum’s Online Collection.

Visit the Library of Congress and experience the world’s largest collection of culture and creativity.

Visit the largest Van Gogh collection in the world via a guided tour of Amsterdam’s Van Gogh Museum.

London’s British Museum has a number of exhibits viewable online and has teamed up with the Google Cultural Institute to offer online tours.

Manhattan’s MoMa (the Museum of Modern Art) offers an interactive experience of the gallery space.

Explore the grounds and exhibits of The Dalí Theatre-Museum in Catalonia, Spain.

Admire the interior artworks of the Italy’s Sistine Chapel.

Be inspired by the National Women’s History Museum in Alexandria, Virginia.

Glimpse decommissioned aircraft from WWII and more at the National Museum of the US Air Force.

Travel along the 2000-year-old Great Wall of China.

Enjoy an evening with the Metropolitan Opera, as the Met opens its Live in HD series to all via live streaming each night at 7:30 EST.

Access all concerts and films in the Berlin Philharmonic Digital Concert Hall.

John Legend and Chrissy Teigen recorded their own #TogetherAtHome to support Global Citizen.

Playbill outlines 15 Broadway shows you can stream from home including RENT, Sweeney Todd and Peter Pan.

Tune into Broadcasts from The Seattle Symphony.

Wilco released a live concert from a Chicago basketball court including a Q& A with fans.

If you have any questions about the real estate market, or if there is anything at all we can do to help, please do not hesitate to reach out to any Coldwell Banker Sea Coast Advantage REALTOR®.